The only authority for all things beer…

The history of beer in the modern Czech Republic (I prefer “Bohemia”) goes back further than the creation of Pilsner Urquell in 1842. Beer was made in the Czech lands even before the Slavic migration in the 6th century, although the ingredients used often differed from what we are used to today. Hops has been grown in the region for a long time, and were used in beer making and exported since the 12th century. Much of the early brewing history of Bohemia is centred on various monasteries, although today there are very few Czech monasteries brewing and selling beer to the public. Bohemian hops became so prized that King Wenceslas (907-935) ordered the death penalty for anyone caught exporting the cuttings. In another act, he convinced the Pope to revoke an order banning beer brewing! Much of the brewing history of the Czech capital is also connected to the various monasteries in the city, with brewing first recorded at the Benedictine Břevnov Monastery in 993 AD. It is also recorded that in 1088 AD, King Vratislav II granted a tithe of hops to the Canons of Vyšehrad Cathedral in order to brew beer.

Most Czech beers are light beers, brewed naturally from hand-picked hops. Increasingly, breweries are producing a dark ale too as an alternative, but most Czechs like their beer light, nicely chilled and with a tall head. Beer in Czech is called, “pivo”. Pilsner Urquell is the best known Czech beer. Brewed in the Czech town of Plzeň, this is the original Pils beer from which all golden beers the world over are derived. Gambrinus is a popular beer from the same brewer. Then there is Staropramen from Prague and Bernard, a cheaper beer, from East Bohemia. 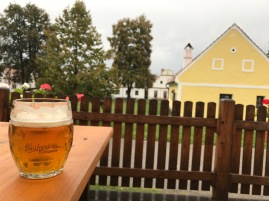 The most widely exported Czech beer is Budvar, called Budweiser in German – the name of which is also used by an unrelated American brew (there has been legal wrangling over the use of the name for decades).

Apparently, the Thirty Years’ War devastated the Czech beer industry further, as land was destroyed and resources diverted elsewhere. At one point beer was even used to pay off a Swedish army to prevent the plunder of Kutna Hora. The Czech beer industry then fell under the auspices of the Emperor in Vienna, although he still regarded it highly enough to send a Czech brew master to Mexico to teach the Mexicans how to brew beer (Bohemia beer from Mexico gets its name from this period). The Czech nation – and its beer – did not recover until the “national awakening” movement of the 19th century, when the Czech language, Czech culture, Czech institutions and Czech beer were reinvented – Pilsner Urquell was born in 1842, and the new technique of brewing light beer spread rapidly. 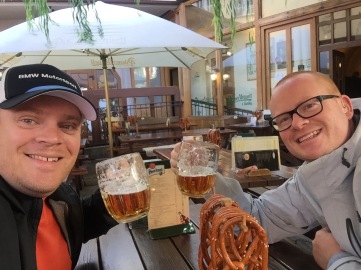 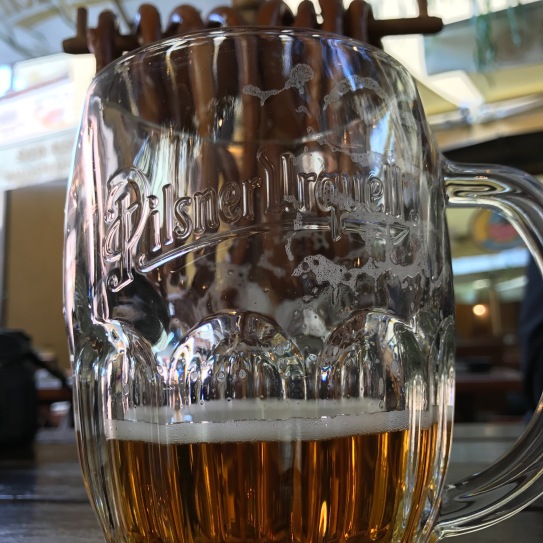 During our visit to Český Krumlov and Prague, we took advantage of the super cheap, but solid beers in Czech! The average price of a large Czech beer (0.5l) in pubs and bars were around 40czk ($1.57USD). Beer is so ingrained in the Czech national psyche that brewers are wary to raise prices too much, and it seems that no politician would dare raise taxes too far. As we have learned, microbreweries formed the foundation of the Czech brewing industry over 1000 years ago. And pubs and restaurants in Prague like U Fleku, Novomestsky Pivovar and U Medvidku carry on this tradition today by brewing their own beer onsite. My buddy and I enjoyed this brewpub in particular called Pivovar U Tří Růží in Praha 1 (Prague). Recent developments in technology have driven the introduction of tank beer (tankove pivo) into several Prague pubs and restaurants. Instead of beer delivered in barrels, it is transported pasteurised or unpasteurised from the brewery to the pub by tanker lorry. At the pub, the beer is fed via a large pipe into a huge stainless steel tank in the cellar, in the manner a fuel tanker delivers. The tank is lined with a water and airtight polypropylene bag, sealing the beer in. When a customer orders a beer, it is piped from the tank straight to the beer pump. This “bag-in-a-box system” delivers the freshest possible beer, because the beer does not come into contact with air until it hits the glass, almost as if you are drinking your beer at the brewery itself. Only a handful of Prague pubs have adopted the system so far because it requires investment and a high turnover of beer to make it economically viable, but the results in taste and economies of scale are impressive, so more will follow. 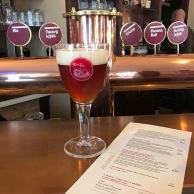 Of course, drinking local beers with a very long and storied history then blogging about the experience wasn’t my main objective of going on a big trip to Europe. It has been 15 years since I went over the “pond” and I longed for some European history and beauty. How you define beauty can be left to your imagination. I just had to check something else off my bucket list aside from finally going to Oktoberfest, checking out the mind-tripping medieval towns between Munich and Nuremberg, and visiting Poland and Bohemia where my ancestors came from – experience a “beer bath”. So, my buddy and I trekked over to Pivní Lázně Spa Beer Land which came highly recommended to me across beer circles. You basically bathe in hand-made, thousand-litre, whirlpool royal oak tubs filled with the natural extracts used to brew Czech Krušovice beer – selected varieties of hops, brewer’s yeast and malt. We were told that the high hop oil content contributes to overall vitality and helps open pores on the skin. 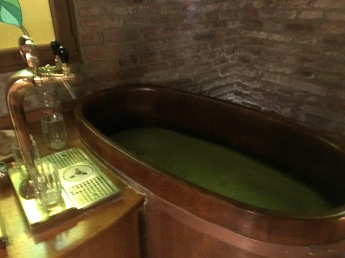 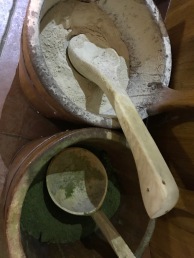 The blonde chick at the counter urged me to include this in my blog: there’s a high dose of vitamin B and active enzymes in brewer’s yeast have a salutary effect on skin regeneration. She went on to say that this “unique” combination of natural ingredients and the magical effect of royal oak, for ages a symbol of longevity and immunity, stimulate metabolism, help remove harmful substances from the body and ease fatigue and stress, thus resulting in ideal mental and physical relaxation. Ok whatever that meant, the beer spa did it’s trick as my feet were tired from walking 25k+ steps a day (yep, I’m a Fitbit user) and my achin’ back — poof — all gone after 20 minutes. I was advised by our “beer spa maid” who took pictures, added more hops in the tub, turned on/off the water, etc. that bathers do not shower afterwards to allow for the beer ingredients to continue doing it’s magic. Oh that perpetual smell of, ever so delicious, hops that lasted throughout the night! The best part… at the beer spa, bathers can draw and enjoy an unlimited amount of genuine dark and light Czech Krušovice beer right at the tub taps. The experience continues after the spa session to even draw more beer in the front lounge area. Talk about stretching approx. $80USD for the entire experience – definitely worth every cent! Highly recommend especially this place. 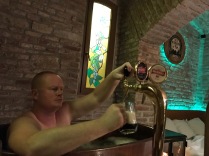 Like in Germany (then I found out again in Poland), beer is a way of life among locals. Beer is found everywhere, extremely affordable and, if I may add, extremely quaffable. There is a limited supply of “craft/microbrewers” which allow locals and guests to truly appreciate the history behind beers in a not-so-overly-saturated craft beer market like in the U.S. which could be overwhelming (and in some instances, overhyped) to many.

This entry was posted on November 17, 2016 by theBeerAuthority in Beer.