The only authority for all things beer…

After visiting Germany and Czech, I knew the bar was already high when it came to beer. Fortunately, I knew Polish beer from drinking them at various authentic Polish venues across the country were solid, so I was looking forward to drinking some of my favorite Polish brands fresh, non-imported, literally from the source – in Poland. Following World War II, most breweries were nationalized under the communist regime. After the collapse of the communist regime, a market economy was introduced, international beer companies moved in and a period of consolidation followed. Three companies now control 80% of the Polish beer market: Żywiec (pronounced zhiv-ee-ets), Okocim (o-ko-cheem) and Tyskie (tis-kee). I have to say all 3 are quality beers and one I wouldn’t mind having throughout the year when I need a break from the more heavy American craft style. The first thing to know is that beer is called piwo (pronounced pee-vo) in Poland. Poland is one of the largest producers of beer in Europe, however, it doesn’t have a very good reputation. I personally don’t understand why. Perhaps it’s because Poland’s most common beers are pilsners, pale ales, and porters, and these beers are crafted in the European style (more specifically Germanic and English). Polish beers simply achieve greatness in a different way: by focusing on balance.

At the end of 2015, there were over 100 breweries in Poland, including microbreweries and contracted breweries.Poland is well known for its beer culture and many varieties. Large breweries are majority owned by multinational companies. However, craft beer has surprisingly become more and more popular in recent years, which came to a complete surprise as Poland was one of the most unfortunate victims of so many wars and perpetual depression. Many multitap pubs serving only craft beer and dedicated shops have opened since 2012. Craft brewers brew beer in many different styles. In 2014, Polish craft breweries brewed about 500 new brands of beer. We went to a liquor store along the cobblestones of Kraków and I picked up a bottle of Double IPA Cieszyńskie from Browar Zamkowy Cieszyn (8% abv.), I have to say I was blown away by this one. Having tasted several other craft beers during my visit in Poland, I was surprised how solid they were beer after beer. 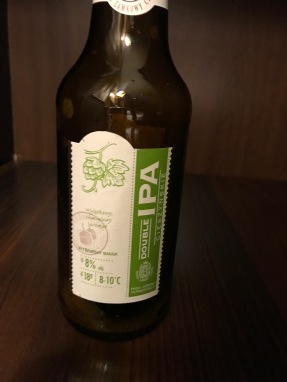 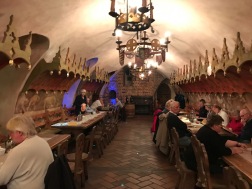 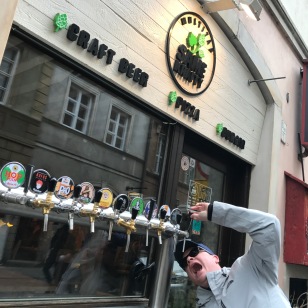 As far as pricing goes, we found that Polish beers were a little more money than in Bohemia. Still cheaper than in the U.S. nonetheless. A 1L beer would cost anywhere between $4-$8 USD depending on venue and location. My buddy and I were able to experience some hot mulled wine as the weather became colder as the trip progressed. The most memorable parts were having a Żywiec at Wawel Castle in Kraków and over pierogies on several occasions in Wrocław, Warsaw, and Poznań. A great place to drink craft in Kraków is C. K. Browar, a brewpub located in Kraków’s city center. Kraków is also the right place to sample Baltic Porter, a style of porter that developed in the 1700s and is noted for its high alcohol content. Some of the best are Okocim Porter, Zywiec Porter, and Black Boss Porter.

Overall, Poland brings that level of consistency in their beer products just like with the other European beers that have been around for centuries. I have to say I was very impressed with how far Poland has come since the wars – economically, overall infrastructure, and people – now this is really something to raise a glass of piwo to.

To my ancestors and friends, Na zdrowie!

This entry was posted on November 23, 2016 by theBeerAuthority in Beer.